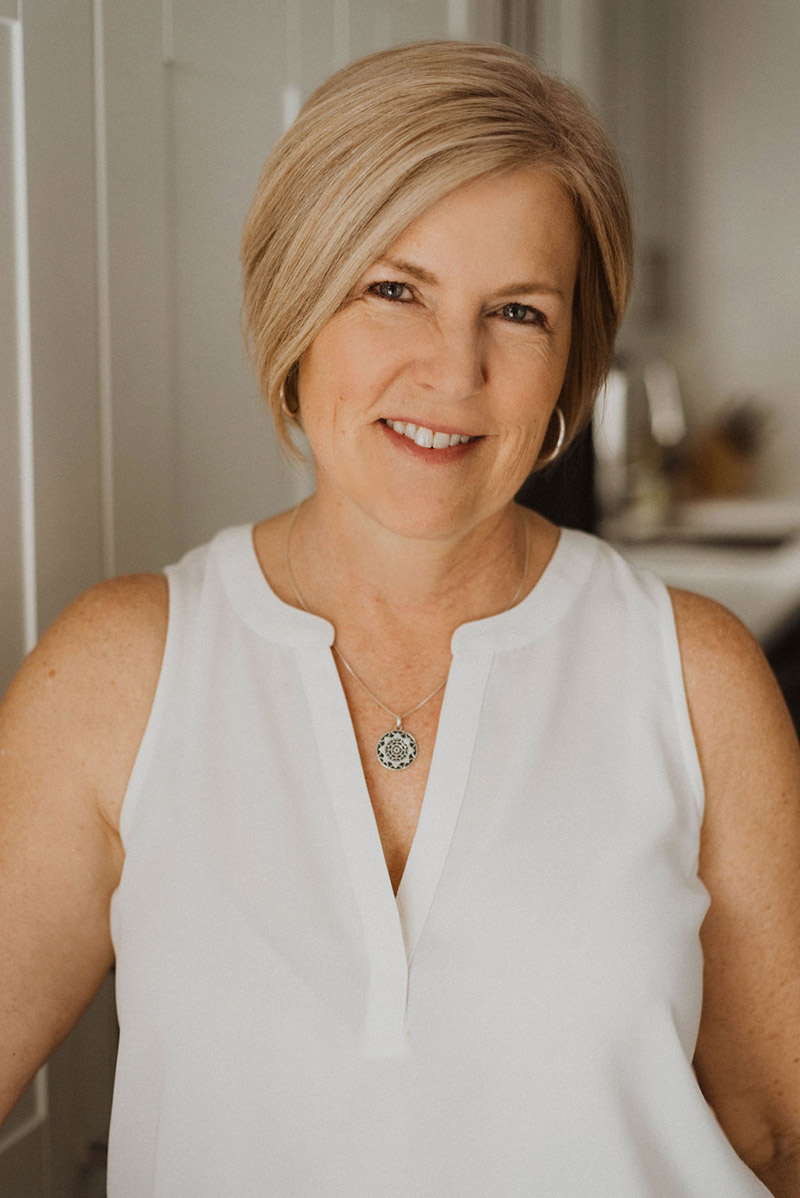 Hi, I’m Lori Emerson and I’m a Registered Holistic Nutritionist based near Port Credit in south Mississauga. I graduated from the Canadian School of Natural Nutrition in 2015. In I’ve studied Safe & Effective Supplementation, Nutrition for Mental Health and completed the online diploma program to become a Certified Metabolic-Balance Coach. My passion is to assist people in achieving their desired and deal with the myriad of disorders related to such as high blood sugar, high LDL cholesterol, insulin resistance, diabetes, and hypertension.

I often joke about my 80/20 rule (80% good nutrition & 20% not so good) but jokes aside I truly believe it’s possible to achieve balance if we this and lifestyle. An all or nothing approach is difficult, if not impossible, to maintain. Balance is achieved when we incorporate healthy lifestyle while allowing ourselves a little wiggle room. I strive to help people age well and enjoy everlasting vitality.

While I don’t profess to have had any Oprah style “aha!” moments throughout my journey, I have experienced my share of undesirable symptoms and less than vibrant health over the years. Enough, as a matter of fact, to inspire me to return to school as a mature student to study holistic nutrition and make some drastic changes to my less than optimal diet and lifestyle.

Like many of you, I grew up at a time when convenience foods were making a dramatic entrance onto supermarket shelves. Food like products such as Shake & Bake, Hamburger Helper, TV dinners and Kraft Dinner became popular household staples. Despite being raised on a heavily processed diet, I feel fortunate to be blessed with good genes and not have any serious health concerns to speak of. For the most part, I have enjoyed good energy and a healthy weight for most of my life. However, we eventually succumb to our less than optimal diet and exercise habits at some point. For me this happened in my late 30’s when I was pregnant with my daughter and developed gestational diabetes. Post pregnancy I remained hormonal and was determined to lose the stubborn weight that had accumulated around my belly, hips and thighs. I increased my exercise to a point which bordered on obsessive but my diet remained carbohydrate heavy, which contributed to my hormonal imbalances, blood sugar issues, night sweats and more. My husband worked long hours and travelled extensively, which left me to care for our 4 children at their various ages and stages of life. Being a type A personality, I took this role on like a competitive athlete and felt pressured to micromanage and involve myself in all areas of their lives. In addition, I trained harder than ever for half marathons, triathlons and more. Partway through training for a half marathon I hit a wall. My heart rate soared, I couldn’t sleep, I had severe PMS and slept on a beach towel to soak up the perspiration of my sometimes 4-5 night sweats per night! I developed crippling sciatica and took painkillers daily so I would not have to slow down. Eventually I was diagnosed with adrenal burn-out by a Naturopath; I had never even heard of adrenals! I was overcome with anxiety and when it became too much I was prescribed antidepressants to help me cope. Weaning myself off of these so called ‘non-addictive’ drugs is something I never wish to repeat. My doctor said I was peri-menopausal, which I now struggle to believe since I am 54 years old and have yet to go through menopause. I now understand my hormones were completely out of whack and causing a whole host of undesirable symptoms. I began to google and self diagnose… which isn’t always a good thing, but in my case it helped me discover the world of natural health and set me on my path to holistic wellness. 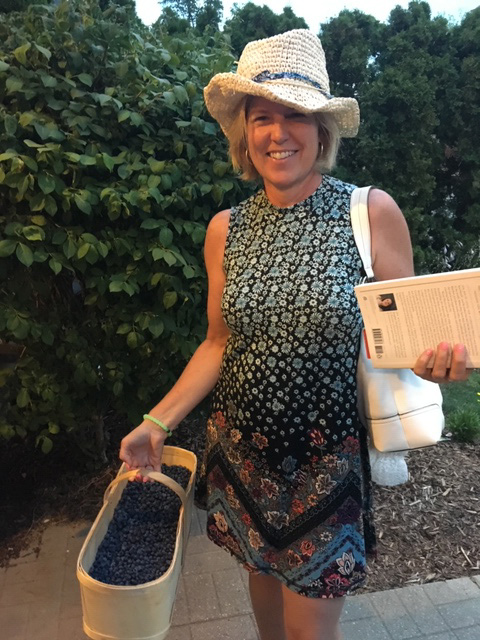 “Let food be thy medicine and medicine be thy food.” 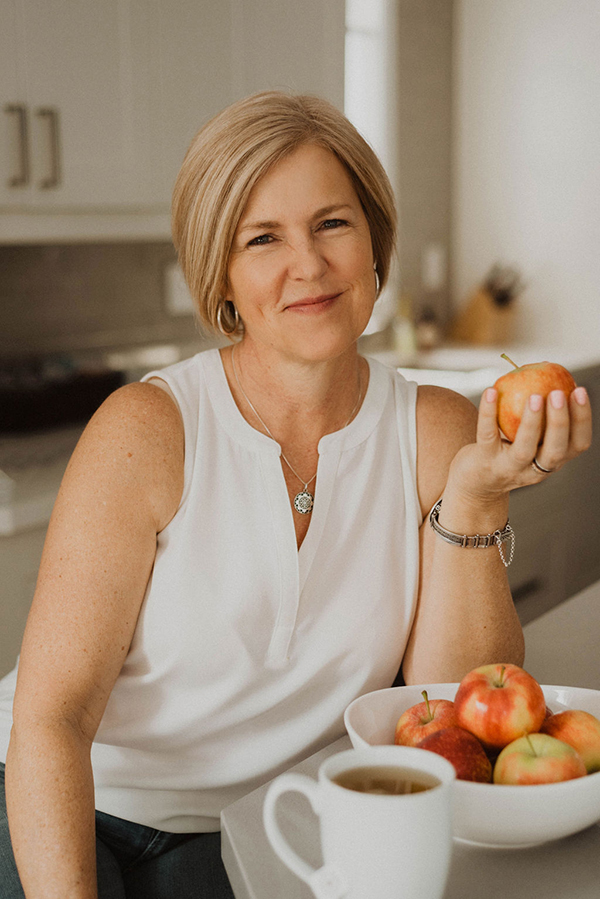 I was born in 1964, making me the youngest of the Baby Boomers… a ‘baby’ Baby Boomer if you will. As a Registered Holistic Nutritionist, I’d like to offer advice and suggestions to everyone I meet but I am aware I’m not meant to meet everyone’s needs. I feel I can make a bigger difference by focusing on the particular demographic I most relate to… you guessed it, Baby Boomers! I enrolled in the Metabolic-Balance Coaching Program to study what I feel people this age group require most in order to live out their retirement years in good health and continue to live fully vibrant and energetic lives.

Consider this…. have you ever seen, or perhaps requested for yourself a personal trainer at the gym and been teamed up with a buff, hard-bodied 20 or 30 something year old trainer? No offense but a trainer this age is unable to relate to the needs of someone in their 50’s, 60’s or 70’s and beyond. Baby Boomers needs have evolved with age and their prime focus is now on functional fitness and mobility in order to prevent age related injuries, maintain bone and muscle mass and achieve a healthy weight.

The same goes for their nutritional needs… a 20 or 30 year old nutrition coach cannot possibly relate to the hormonal and age related needs of the Baby Boomer and senior demographic, and although they may be excellent health coaches, they would be hard pressed to meet them where they’re at. As a Baby Boomer myself, I am experiencing the very same challenges as you! My nutritional training combined with my ‘been there, done that’ reliability ensures I can meet you where you’re currently at in your health journey.

Click Send when you have completed the form. I aim to deal with all inquiries promptly.